Educational Opportunities for Adults in the US 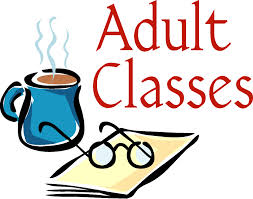 At the end of the twentieth century close to 40 million people decided to get back behind school desks and enroll in one of the programs of the US Adult Education and Literacy System, (AELS).

Several studies have shown that continuing education most appeals to those who already have some education, similar to the notion that the “rich get richer.” Nevertheless, according to statistics from the US Department of Education in the years from 1992 through 1999 there were 31 million enrolled in AELS programs and almost 8 million of those were the working poor. Welfare recipients made up 3.3 million, and 9.3 million were unemployed. In addition, 2.2 million were those participating in AELS programs while in jail.

AELS programs have their roots in the very foundation of the beginning of the great American experiment. Four hundred years ago the earliest settlers maintained religious instruction, vocational apprenticeships and common schools for their growing population. The original thirteen colonies established adult literacy education during the Revolutionary War through federal involvement. This tradition saw a huge growth spurt only fifty years ago when the Economic Opportunity Act was passed in 1964.

This law created the funding for adult basic education (ABE). Two years later the Adult Education Act of 1966 transferred the ABE from the poverty programs of the EOA to the education programs of the US Department of Education, (DOE.)